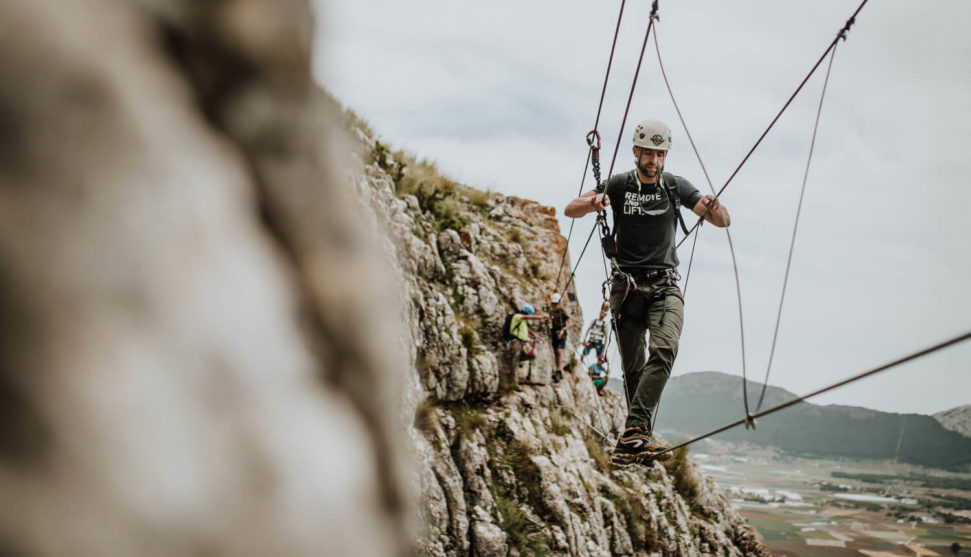 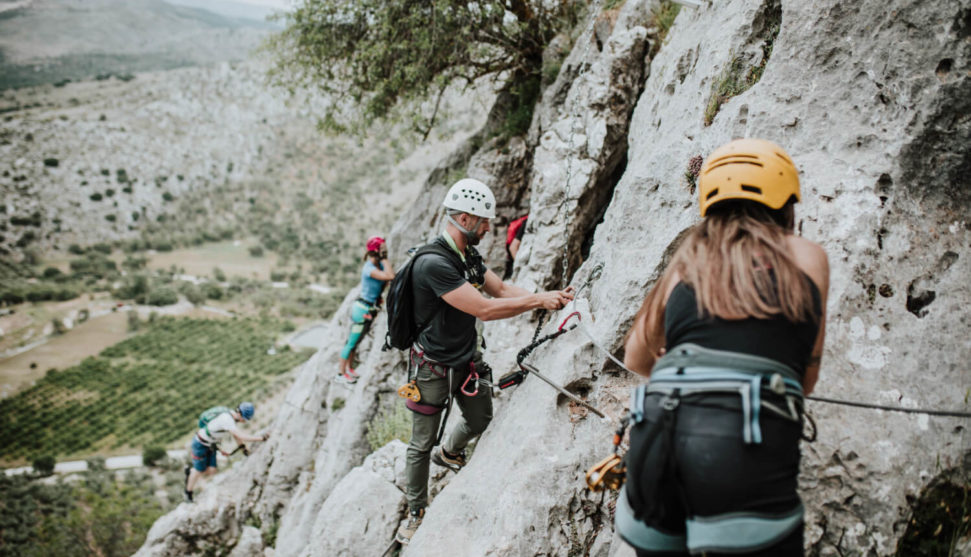 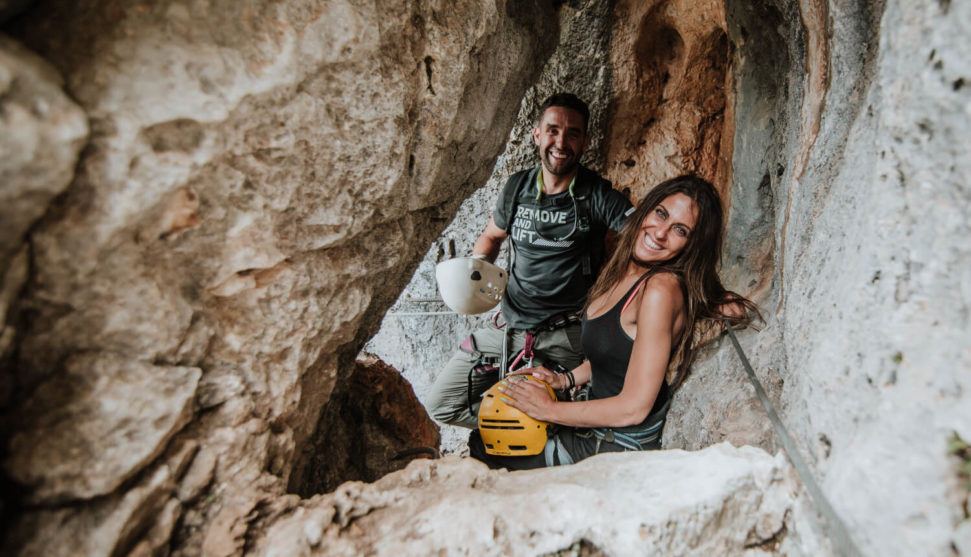 This route consists of 4 sections of low-medium-high difficulty, being accessible to all physical conditions. It mainly runs diagonally, linking the different sections by means of zip lines, Tibetan bridges and escape rappels.

1st section: Aimed especially at the uninitiated and school groups from 8 years of age. It consists of a short ferrata ascent on an island rock, which takes us to a side walkway on the right until it connects with a zip line. This ends at another stone island where we abseil down to the ground.

2nd section: The most spectacular and the highest. It starts with the ascent to the island stone and connects to the left with a zip line that leaves us on an athletic side walkway. We ascend with small overhangs until we reach the suspension bridge that places us on another side walkway that skirts the ridge with some degree of difficulty. There are now two options: the easiest is to continue climbing up the wall with some overhangs, and the more demanding option is to go through the "crack" where you have to climb for about 10m against the wall. At the end we have the option of walking back or following the life wire that leads us to a 20m rappel head.

3rd section: It starts at the base of the 20m abseil, and is characterised by its diagonal route. In the middle of the route there is a monkey bridge. Then we continue climbing laterally alternating with horizontal handrails until we connect with a climb with a small drop that before finishing gives us the option to go back down with a 16m abseil that connects us with section 4.

4th section: Undoubtedly the shortest and most difficult. It starts inside a cave with a practice boulder on the roof. The ascent begins with a steep drop, being almost the whole route quite physical, to finish on the ridge that crowns the second cave.